When Kim was 10 years old, she off-handedly made the comment, “If I could play any instrument, I’d like to play the violin.” Lo and behold, Christmas morning came with a violin under the tree, proving that Santa really does pay attention. One fateful day that January, Kim and her mom entered Musik Innovations looking for violin lessons and were greeted by none other than Pablo Ardiles. Kim became his student on the spot and took lessons with Pablo for the next 7 ½ years. She graduated from North Allegheny in 2003, in one of the last classes to study under the direction of the legendary Christine Loverti, founder of North Allegheny’s Golden Strolling Strings. Kim can still play Pachelbel’s Canon in D by memory. She went on to study Elementary Education at La Roche College, where she graduated summa cum laude in 2007.

​On another fateful day shortly before Kim’s senior year of college, Pablo told Kim about his grand plans to start a youth orchestra. Kim agreed to simply watch Musik Innovations (the original home of PYCO rehearsal) for 3 hours each Sunday while rehearsals were held. It quickly became apparent that such a big undertaking could use more help, so Kim became the Conductor’s Assistant, immediately followed by becoming Orchestra Manager. Over 15 years later, having followed her heart to forgo teaching and remain with PYCO, Kim is now the Operations Manager, and could not be more proud of the years of growth and success that PYCO has achieved. She looks forward to continuing to work with PYCO as it reaches new heights in providing a rewarding musical experience for the youth of the Greater Pittsburgh area. 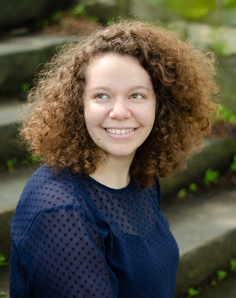 Emily Tarantino, originally hailing from Farmingdale, New York, is a bassist and educator based in Pittsburgh, PA. She holds a B.M. degree from the State University of New York at Fredonia in Music Education and a M.M. in Performance from Duquesne University. She also holds an Advanced Musical Studies Certificate from Carnegie Mellon University. Emily’s formative teachers include Micah Howard, Aaron White, Brett Shurtliffe and Peter Guild.

A passionate educator, Emily also has a private studio, and directs a small orchestra program at a charter school in Pittsburgh. She is also one half of the double bass duo, Contraduo, that performs in the Greater Pittsburgh area. In addition to performing with the ensemble, Emily also writes new compositions and arrangements, and hosts workshops with her duo partner, Riley Zimmermann.

Emily looks forward to working with the faculty and students of PYCO, and wishes them great success!
To reach our administrative staff, please visit our contact page!