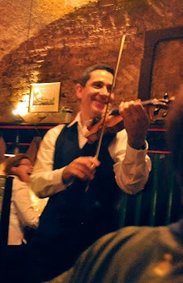 Pablo Ardiles was born in Argentina where, at an early age, he started the study of piano and violin. He obtained his bachelor degree of Arts in Chamber Music, with concentration in violin performance and conducting, at the University of La Plata in Buenos Aires, Argentina, and his Master of Music in violin performance at Carnegie Mellon University. He also holds an Artist Diploma from Duquesne University. While at Carnegie Mellon University, Mr. Ardiles studied with Aaron Bitran, violinist of the “Cuarteto Latinoamericano,” and Andrés Cárdenes, former concertmaster of the Pittsburgh Symphony.

In 1992 Mr. Ardiles started teaching chamber music at the Carnegie Mellon pre-college program, where he was a faculty member until 2015. In 1996, he founded the Musik Innovations Chamber Music Camp which he led successfully for 14 years. During this time, the program provided chamber music instruction to over 500 students from 30 school districts in the Pittsburgh, Ohio and West Virginia areas. He also taught violin at the Winchester Thurston School.

Mr. Ardiles became the music director of Serenading Strings in 2002, and in the fall of 2003 he was appointed Music Director of the Classical Concert Series for the Uptown Theatre in Washington, PA. In both capacities, Mr. Ardiles has produced or coordinated hundreds of musical performances and ensembles, ranging from solo instrumentalists to full symphony orchestras, in various ethnic styles and genres.

Mr. Ardiles has coached and conducted several youth orchestras, as well as ensembles and professional groups in the USA and abroad. In Pittsburgh, he conducted the Pittsburgh Philharmonic, PMEA District 1 Orchestra, and the Pittsburgh Youth Concert Orchestra (PYCO). He has been the artistic director of PYCO since 2006 which he conducted both in the USA and during international tours in the European cities of Salzburg, Vienna, Prague, London, Stratford-upon-Avon, and Paris. His next international tour, scheduled for July 2018, will include conducting the Pittsburgh Youth Concert Orchestra in Venice, Florence and Rome.

Mr. Ardiles is presently the Director of the PYCO School of Music in Wexford, PA, and the Artistic Director of the Pittsburgh Youth Concert Orchestra (PYCO). He performs currently as a conductor, violin and viola recitalist and a free-lance musician.

Mr. Ardiles maintains an active studio of private students at the PYCO School of Music, where he shares the love and art of playing violin and viola, and the joy of being a musician. 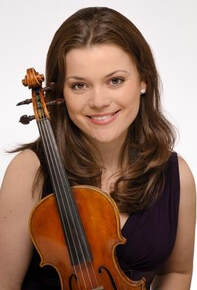 ​A native of Severna Park, Maryland, Lydia Miller Choorapuzha began playing violin at the early age of five. Her talent and enthusiasm for the instrument resulted in a scholarship to study at the preparatory division of the Peabody Conservatory in Baltimore, where she learned from world-renowned musicians during her seven years there. She attended Boston University on a merit scholarship where she graduated magna cum laude with a Bachelor of Music degree in the history and literature of music. In the spring of 2006 she completed her master's degree in violin performance at the State University of New York College at Purchase, where she was a scholarship recipient and the teaching assistant for Laurie Smukler, founding member of the Mendelssohn Quartet.

Ms. Miller and her husband relocated to Pittsburgh, Pennsylvania. She is teaching at the City Music Center of Duquesne University, PYCO School of Music, and at her home in Pine Township in the North Hills.
Steve Ehrlich - Junior Strings Director 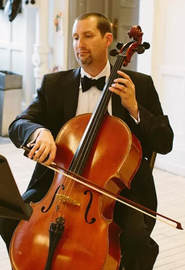 ​He has performed with the Edgewood Symphony, Westmoreland Symphony Orchestra, Saint Vincent Chamber Orchestra, and the Pittsburgh Symphony. Steve is currently the principal cellist for the North Pittsburgh Philharmonic. He has also been a freelance musician in the Pittsburgh area for the last 15 years directing the chamber ensemble Steve Ehrlich Strings. During his career he has performed in numerous operas, musicals, and festivals. He is also a private studio instructor on all stringed instruments.
Bert Lerini - Percussion Coach Bert has extensive experience as a teacher and performer. He performs regularly with the Wheeling Symphony, the Elite Showband, Will E Tri and the Bluescaters, and the  worship team at the River Franklin Park. He has appeared with the Youngstown Symphony, Erie Philharmonic, the New Sousa Band, National Broadway touring productions of “Joseph and the  Amazing Technicolor Dreamcoat” and “Little Shop of Horrors”. He has backed Bobby Vinton, Regis Philbin, Sandy Duncan, Kristin Chenoweth, Jim Nabors, and Don Rickles among others. His students have won numerous scholarships, awards, and performance opportunities. Bert also works at Drummer’s Service in Emsworth. He lives in Hopewell Township.
Rick Murrell - Brass Coach 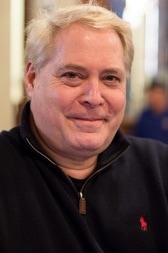 Originally from Muncie, Indiana, Rick Murrell graduated in 1979 from Ball State University with degrees in Music Performance and Music Education. After one semester of graduate studies at the University of Iowa, he was offered a position as principal trumpet in the Veracruz Symphony Orchestra in Veracruz, Mexico. Since returning to the U.S., Rick has won positions in many different orchestras and festivals including Quad Cities, IA; Cedar Rapids, IA; Binghamton, NY; Tucson, AZ; Sun Valley, ID and Bedford Springs, PA. After moving to Pittsburgh in 1990, Rick has played with the Pittsburgh Symphony Orchestra many times. Highlights include: performing Mahler’s 6th Symphony in Carnegie Hall with Loren Maazel, playing with PSO Pops under Marvin Hamlisch, performing with the Pittsburgh Opera under the direction of Anthony Walker, as well as Pittsburgh Ballet Theatre’s Charles Barker.

He performs on an Egger “Historic” Model Trumpet reproduction of a Haas trumpet of 1740. 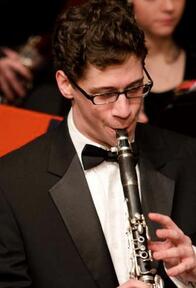 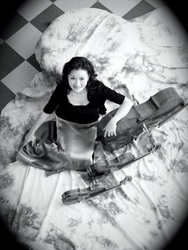 Mrs. Reitz was inducted into the Pi Kappa Lambda music honor society in 1997. She earned an Artist Diploma in 2001 from the same institute. As the first prize winner of the Korean Music Education Association Younga Reitz has made a solo appearance with Les Arts de Baroque Orchestra at Hoahm Arts Hall for the Performing Arts in Seoul, Korea in 1994. Also, her solo and chamber music performance was heard in Switzerland, Holland, and the U.S. Her performances include the winner’s recital of the Pittsburgh Young Artist Series in 1999. Younga Reitz has studied with Misha Quint, Anne Martindale Williams, Jennifer Langham, Sung Yon Lee, Lauren Mallory, and has participated in numerous international music festivals in the U.S., Europe, and South Korea.

Mrs. Reitz is the founder and the leader of the Pittsburgh Ensemble and Good Samaritans Cello Ensemble. 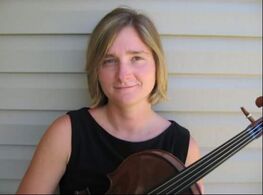 Tatyana Swanson studied violin at Moscow Prokofiev’s School of Music and undergone viola instructions with Galya Dubrova at Moscow Conservatory. She has also studied viola under Y. Schutten and X. Montiel at Carnegie Mellon University in Pittsburgh, as well as with several members of Pittsburgh Symphony Orchestra. She has performed with various groups and ensembles, such as Erie Philharmonic and Pops Orchestra, Traverse City Orchestra, Wheeling and McKeesport Symphonies, Johnstown and Westmoreland Orchestras, among others. Ms. Swanson was a string coach of the Pittsburgh Youth Phoenix Orchestra, string coach at the yearly Summer Chamber Music String Camp in the North Hills area of Pittsburgh, and a string coach at the Interlochen Summer Academy. In the summer of 2001, she was a participant in the Chamber Music String Workshop in Vermont. Currently, she holds a private violin/viola teaching studio at the PYCO School of Music with over thirty students in addition to numerous performing engagements throughout Pittsburgh with regional orchestras.  Outside of the music world, Mrs. Swanson is a rider coach for the Pennsylvania Motorcycle Safety Program and a second degree black belt in Korean Martial Arts, Tang Soo Do.
Philip VanOuse - Brass Coordinator 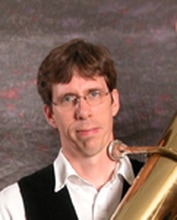 Philip VanOuse studied composition at the Cincinnati College Conservatory and received his Masters degree in performance from Carnegie Mellon.

He began his professional career in Boston, and has appeared locally with the Pittsburgh Symphony, the River City Brass Band and the Benedum Orchestra, among others. He has commissioned over a dozen new works for solo tuba and premiered works in concert at Mobius (Boston), Massachusetts College of Art, Boston University, M.I.T., Carnegie Mellon and the University of Cincinnati.

Philip VanOuse performs regularly in ensembles throughout western PA. He is the principal tuba player of the Pittsburgh Opera and Ballet orchestras, as well as McKeesport Symphony and has appeared with many other ensembles, including the River City Brass Band, Pittsburgh CLO, and Pittsburgh Symphony.

Phil can also be heard with various brass, chamber, jazz and folk ensembles. He is a past Pittsburgh Concert Society winner and is an instructor of low brass at Washington & Jefferson College.

Phil plays the tuba and the accordion in City of Steel – An American Musical Melting Pot.

As a string bassist, Weston has served as principal bass of the University of Pittsburgh Orchestra, Bowling Green State University Philharmonic, Perrysburg Orchestra, Heidelberg University Orchestra, and the Luther College Symphony and Chamber Orchestras. As a contemporary music specialist, he is a founding member of the Color Field Music Ensemble, has been featured at the Bowling Green New Music Festival, and has premiered works by Robert Honstein, Christopher Dietz, Andrew Martin Smith, and others. He is currently on faculty at the University of Pittsburgh where he teaches music theory and fundamentals of music. ​ 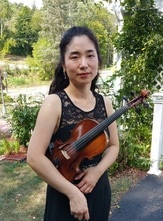 Joyce Wohlgemuth earned admission into Sunhwa Arts School in Seoul, Korea, a very selective school commonly recognized as the best art high school in Korea.  After graduation, she came to the U.S. to continue her studies and also began performing professionally in orchestras. She served as Concertmaster with the Pittsburgh Youth Symphony Orchestra and more recently with the Pittsburgh Philharmonic Orchestra. She has also performed in the Springfield Orchestra in Missouri as well as many Western Pennsylvania orchestras. Her teachers included Sung-Gwon Koh, Charles Stegeman (current Concertmaster of Pittsburgh Ballet and Opera Orchestras), Huei-Sheng Kao (Assistant Concertmaster with the Pittsburgh Symphony Orchestra), and Alison Peters Fujito (Pittsburgh Symphony Orchestra). In 1992, she earned a BM in Violin Performance from the School of Music at Duquesne University and has continued performing in small ensembles and teaching privately in her own studio, JoycesStudio.com.  She has also coached violin at Pittsburgh Youth Philharmonic Orchestra and Quaker Valley Middle School. 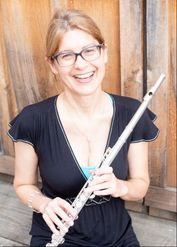